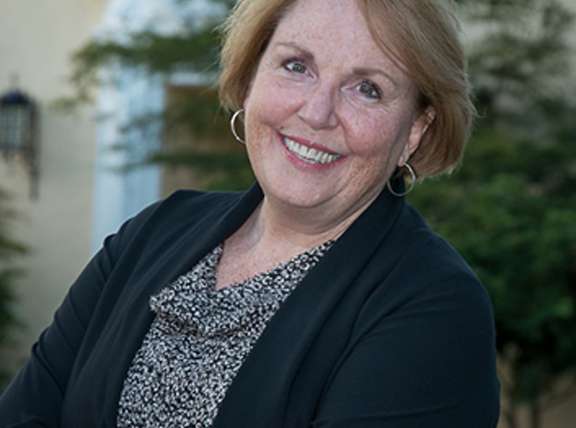 The Rev. Dr. Laurinda M. Hafner’s passion for prophetic ministry, the social gospel and the arts has been the mark of her vibrant ministry. Called as Senior Pastor of Coral Gables Congregational UCC in 2006, Laurie came from Cleveland, Ohio where she served as senior pastor of Pilgrim Congregational United Church of Christ, for almost 18 years. The dynamic ministry she led at Pilgrim Church has been described by Niles Harper in his book, Urban Churches, Vital Signs: Beyond Charity Toward Justice, and by Chris Hobgood inWelcoming Resistance. In 2000, Laurie was named by the Cleveland Plain Dealer as one of “Those Who Will Help to Shape Our Lives in the New Millennium” in the field of religion and faith. Also in 2000, Laurie planned and presided at Pilgrim Church’s Easter worship service, “Joy,” which was broadcast by ABC Television across the nation on Easter Sunday morning.

Pastor Laurie, as she is known, is presently a board member of the Collective Empowerment Group of South Florida, an organization dedicated to building communities and developing assets in Miami-Dade County; has served as chair and co-chair of the Miami Coalition for Christians and Jews Clergy Dialogue, the oldest interfaith dialogue in the country; is a vice-president of P.A.C.T. (People Acting for Community Together), which seeks to promote fairness, justice and democracy in Miami-Dade County; and is probably best known as the pastor who goes up into the Church Tower each year and stays there until at least five tons of food is collected. Over the past years she has raised more than 70 tons of food for Feeding South Florida.